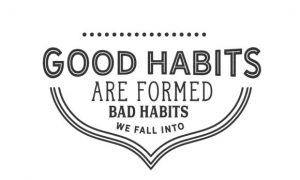 There was a time when bicycling in the UK endured over 100 years of mediocrity. Since 1908, British riders had won just a single gold medal in the Olympic Games, and for 110 years no British cyclist had ever won the Tour de France. Bicycle manufacturers in Europe actually refused to sell bikes to the English team because they were afraid that it would hurt sales if other professionals saw the Brits using their brand.

And then everything began to change when they hired ‘Performance Director’ Dave Brailsford. He described his strategy as the aggregation of marginal gains…if you broke down everything you could think of that goes into riding a bike, and then improve it by even 1 percent, you will get a significant increase when you put everything all together.

The obvious things such as bicycle geometry and training were studied and optimized. No detail was overlooked. They even hired a doctor to teach riders the best way to wash their hands to reduce the chance of catching a cold. Hundreds of little details were analyzed and improved upon, and the accumulated results became astounding.

Just five years after Brailsford took over, the British Cycling team dominated the road and track cycling events at the 2008 Olympic Games as they set nine new Olympic records and seven world records. The same year, Bradley Wiggins became the first British cyclist to ever win the Tour de France. The Brits went on to win 5 of the next 6 Tour de France races!

Certainly, every Olympian wants to win a gold medal. Presumably British cyclists wanted to win the race just like every other professional team. The goal had always been there, but it was only when they implemented a system of continuous small improvements that they achieved a different outcome. What little details if analyzed and improved upon, might help every Nikken Consultant become a Royal Diamond?

Goals are good for setting a direction, but systems are best for making progress.

Goals can provide direction and even push you forward in the short-term, but eventually a well-designed system will always win. Having a system is what matters. Committing to the process is what makes the difference. These ideas are from James Clear

The better you are at connecting with other people, the better the quality of your life.

Leaders don’t develop in a day, they develop daily. Be a learner, keep growing.

We become what we repeatedly do, and so share your Nikken Story Often!