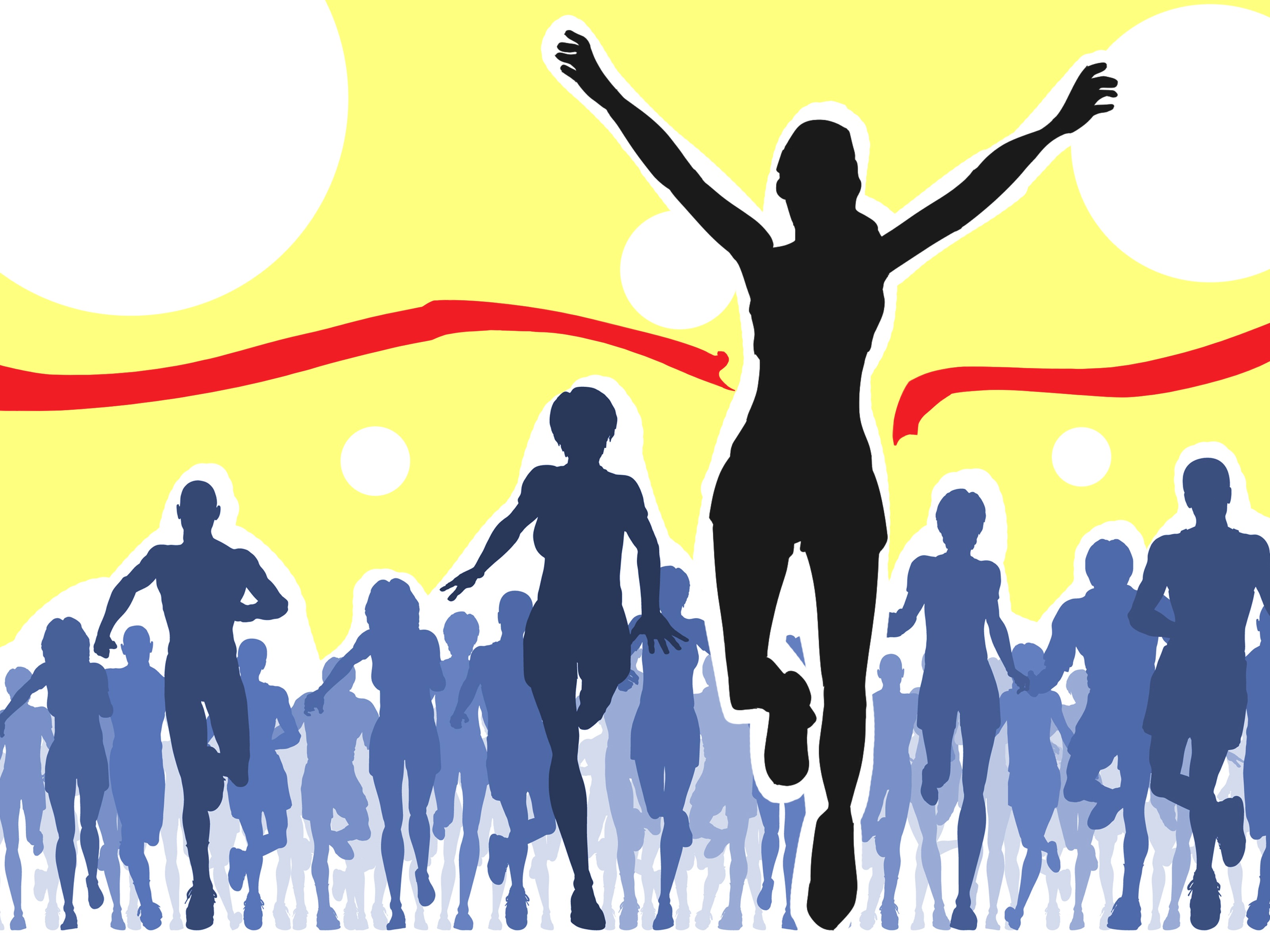 One early August morning, I nervously stood on the beach at Medical Lake, WA. I was about to participate in my first triathlon. As the starting horn blew, I sucked in my gut and ran for the water. Wahoo! Off I went! My objective was to just finish the race. I figured if I could just finish, I would be a winner. As I was coming in toward the end, I found myself behind a younger lady who appeared quite fit, and she had on cute race shorts with a spanky skirt. Intimidated, I ran behind her for quite a while, and then it came to me, “Why are you following her? You can go faster than this!” So I put the pedal to the metal, lengthened my stride and whooshed right past her.

When I crossed the finish line I was surprised and tremendously thrilled to find that I was in 3rd place for my age division! I was hooked; not just on triathlons, but on winning! When I decided to be in it to win it, my whole attitude and focus changed. There’s a huge difference between just being in it to participate and being in it to win.

I am reading FINISH FIRST: Winning Changes Everything, by Scott Hamilton an Olympic champion. He shared this experience:

“Several months ago I had the opportunity to test drive a Tesla. What I learned was that there’s this setting on the dashboard called ludicrous speed, Literally!!! You push a little button that says “Ludicrous,” and the car asks you, ‘Would you like to go Ludicrous Speed?’ And if you say yes, you can go from 0 to 60 in 2.2 seconds. It’s thrilling! And at the same time, it feels a little bit like you are going to lose your lunch.

I enjoyed driving the Tesla as much as anybody would, but it made me think. In a world driven by modern conveniences, a major obstacle that gets in the way of wannabes becoming champions is that they expect the process to be fast and easy like a Tesla. Here’s the problem, if you expect winning to be fast and easy, then you’ll never access your winning potential. In fact, if you imagine that there is a button to get you down the road at ludicrous speed, you missed the long, excruciating, and unforgiving road that actually gets you there.”

Hamilton says that winning is a journey. “Sometimes it feels like everyone is getting there faster than you are, that they are more successful than you are and that you must be doing something wrong. What if it is just taking longer for you to get to the finish line than you first expected?

Would the concept of winning become easier for you if you believed it was simply about getting on the right path and doing the same thing over and over again?

So often when we look at success, we see the incredible virtuoso musicians or athletes. What we don’t see is the long road they walked to get there. We don’t see the time they put in while we weren’t watching.”

Scott Hamilton said that before he even turned pro, he did 31,200 practices. Of those practice sessions 1/3 were free-skating sessions and he said that he fell an average of four times per session. That means he fell 41,600 times and then he got up and kept skating.

Ouch! Ice is hard and unforgiving! Why would someone keep falling, and falling again, and keep on? Because he loves to skate, and he has a burning desire to win!

I started Nikken with much the same attitude that I started doing triathlons. I was participating, but not really putting my all into it. I love Nikken. What would happen if I was actually IN IT TO WIN IT? I would set my goals firmly, I would find a coach, I would practice, I would get up each time I fall and try again, I would do those seemingly small things that really do make the difference such as read good-for-me-books, listen to character-building podcasts and recordings, watch educational videos about our business and products, meet new people, make friends, invite them to hear what Nikken has to offer. I would up my game!! I would meet MORE people, make MORE friends, invite MORE people— And never give up!

Are you IN IT TO WIN IT?

What do you say we all go for ludicrous speed???!!!

We can ALL be winners with TEAM NIKKEN!